What are the difference between GC2, GCQuad, GCHawk, and GC2+HMT Launch Monitors? Which one should I buy?

Most people’s reason may be of the climate that frequently changes or maybe of the inconvenient work schedule that keeps them off from their favorite game.

Most people confine their answers to the above reasons, but there is another reason too, which is the reason they want to keep practicing the game for improvement, whatever happens outside the house.

But, one wrong choice makes the whole necessity crumble to the floor when it comes to choosing the right launch monitor for the home golf studio.

There are many golf simulators packages and launch monitors on the market. When a golfer is asked, which golf launch monitor is the best, he might say, every launch monitor has a different ability based on its cost of making.

But, many golfers seem to prefer Foresight Sport’s GC launch monitors over others.

Foresight Sports’ GC series is considered to be the most sensitive machine among the golfers who play on a simulator to improve their game performance.

Ultimately, GC series launch monitors are industries best-selling products. But, why people are levitating towards the GC series? The only reason behind is the unrivaled data collected by GC after each shot with ultimate accuracy.

This GCQuad launch monitor was featured in Golf Monthly’s editor choice for the past three years. Like GC2, this GCQuad is also a camera-based launch monitor. However, the GCQuad has four high-speed cameras on it as its name states. It seems like the R&D department in Foresight Sports have poured their best effort to bring this quad-camera launch monitor, which can measure club data along with ball data, to offer a complete insight into the shot.

Along with the ball data such as ball speed, spin, side spin, carry distance, and horizontal &vertical angle, the club data collected by this GCquad are the angle of attack, strike location, path, and lie angle. One can construct a perfect insight of each shot with such an array of data from this device.

Not only the hardest hits, but this GCQuad can also help you practice your putting and chipping. The device will offer you all the tracking information such as path, speed, face to path, angle of attack, and loft, which are necessary for understanding your putting game.

The GCQuad doesn’t need any calibration as it can do that on its own. Compared to its predecessor GC2, this GCQuad has a hitting area six times bigger. So, you can just drop your ball anywhere in front of it and start hitting. Hence it can be easily used on the range and so in your home studio.

The device connects with your mobile devices like smartphones and laptops through Wi-fi, USB, and through ethernet too. The devices possess a removable battery, whose standby time is almost eight long hours.

GCHawk is the best launch monitor from the Foresight Sport that took indoor golfing to an otherworldly level. Unlike the previous models in the GC series, this GCHawk is ceiling mounted and the one with a large hitting zone. That’s why this GC2 has become the prominent choice of commercial operations.

Moreover, the R&D people at the Foresight included all the measurement elements of the GC series in this hawk. The accuracy of this GCHawk is unmatched by other brands, which makes the device compatible with all types of games such as practice, competition, entertainment, and more.

Comparing the price, the GCHawk is a bit of a luxury model that might clamp down your budget, but that’s not the case here. The GChawk is a complete package for your indoor golf studio when combined with the FSX 2018 software from Foresight Sports.

AS it already told that the GC2 model is only capable of measuring the ball, not the club. To eliminate the odd, Foresight Sport brought the HMT (Head Measurement Tracker) device which can collect the club data.

The HMT is also a camera-based device that can be attached to the GC2 to get the data options that of GCQuad.

The above are the prominent differences between the GC series launch monitors from Foresight Sports. Each launch monitor has a different purpose and technical specification, each designed to make the indoor golf game lively and more entertaining.

Foresight Sports has been used to train some of the world’s best golfers. It’s incredible accuracy and ball feedback makes it an excellent tool for coaching and fine-tuning your game.

The GC2 is trusted by golf professionals and coaches as the top launch monitor solution available on the market today for its uncompromising accuracy.

The GC2 Foresight Launch Monitor gives an enormous amount of game-building performance data including ball speed, launch angle, push/pull angle, side spin, total spin, carry distance, club head speed, swing path, angle of attack, club face open/closed, club face angle, club face lie angle, and club face loft angle. All of this data is extremely important from a club fitting and teaching standpoint to ensure that each golfer is getting the maximum performance out of their golf clubs and their swing.

What Is Included with Your Purchase: 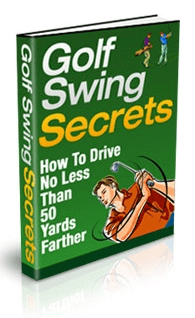 The #1 Fool-Proof Methods Every Beginner Can Drive not Less Than 50Yards Every Time - Guaranteed!

Thanks! Your FREE Copy of Golf Swing Secret is in your Inbox Now!